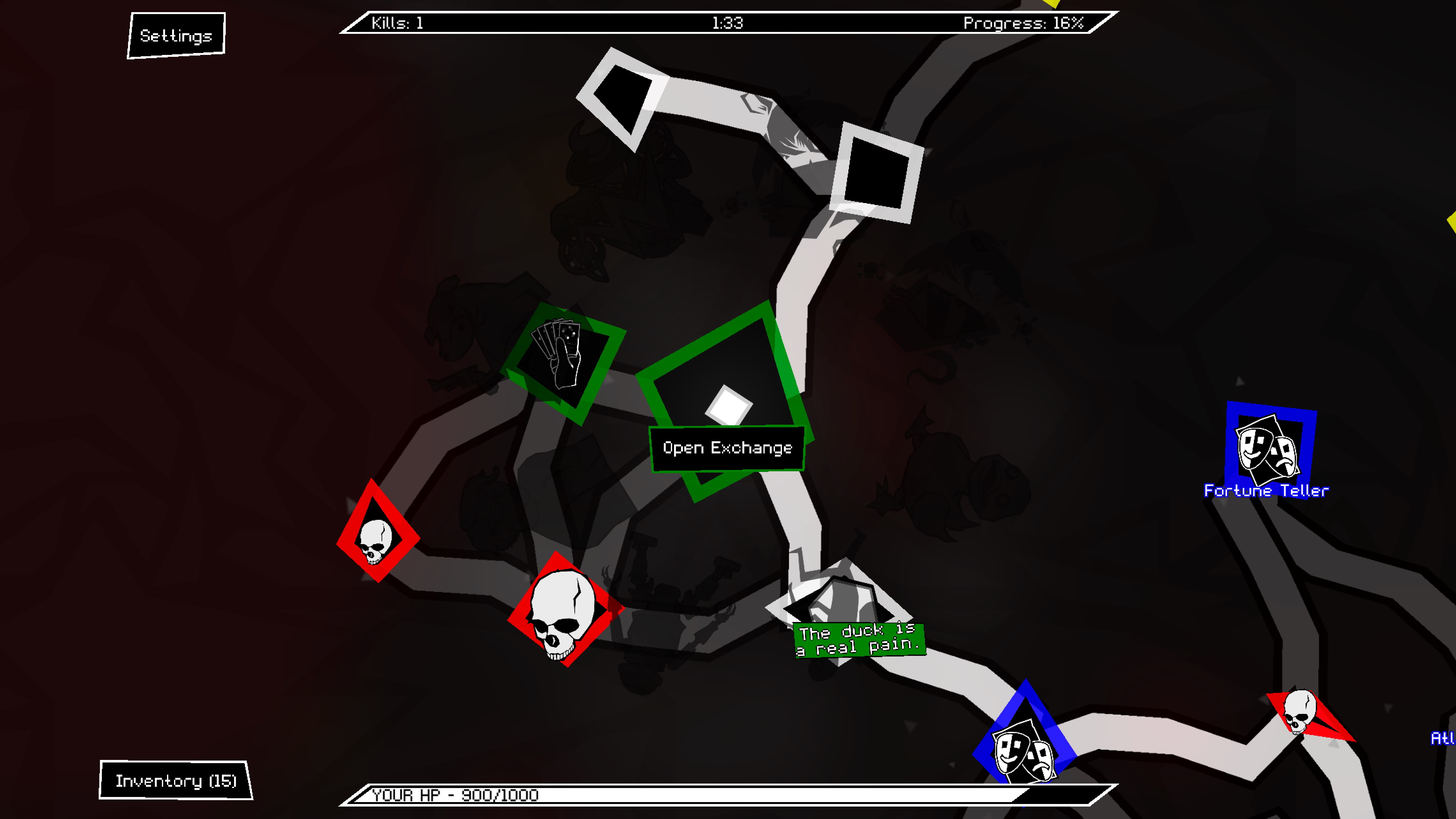 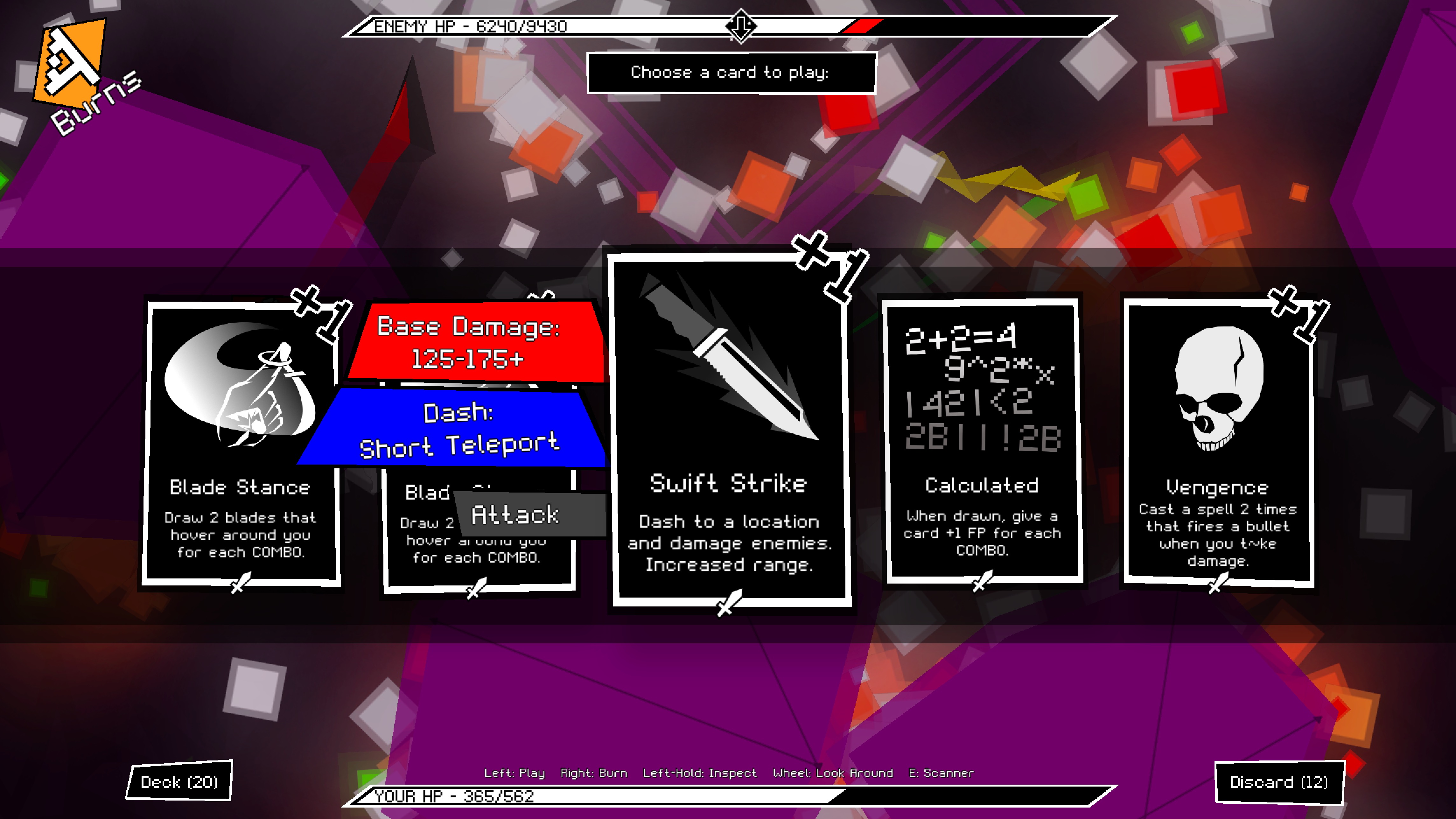 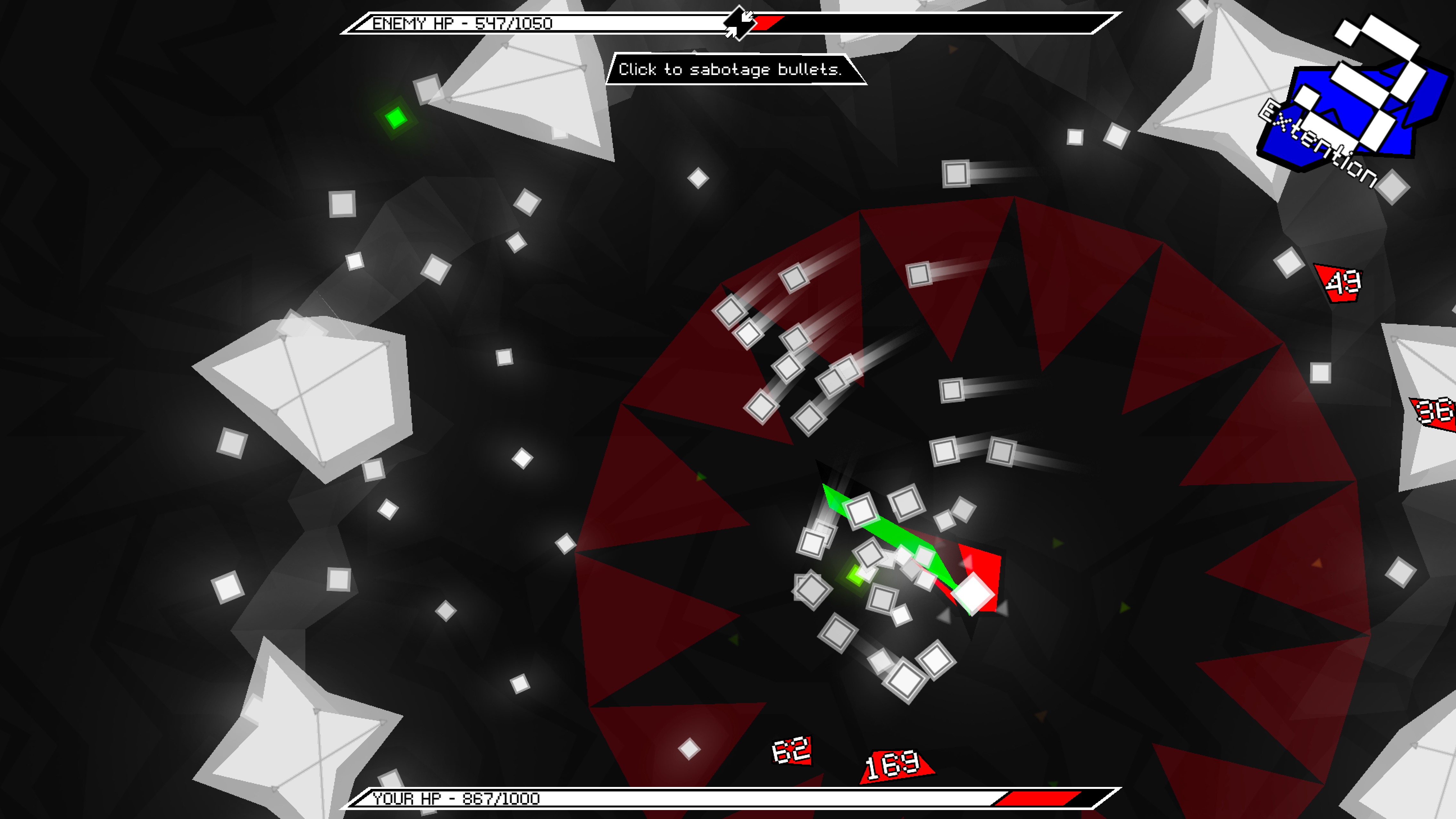 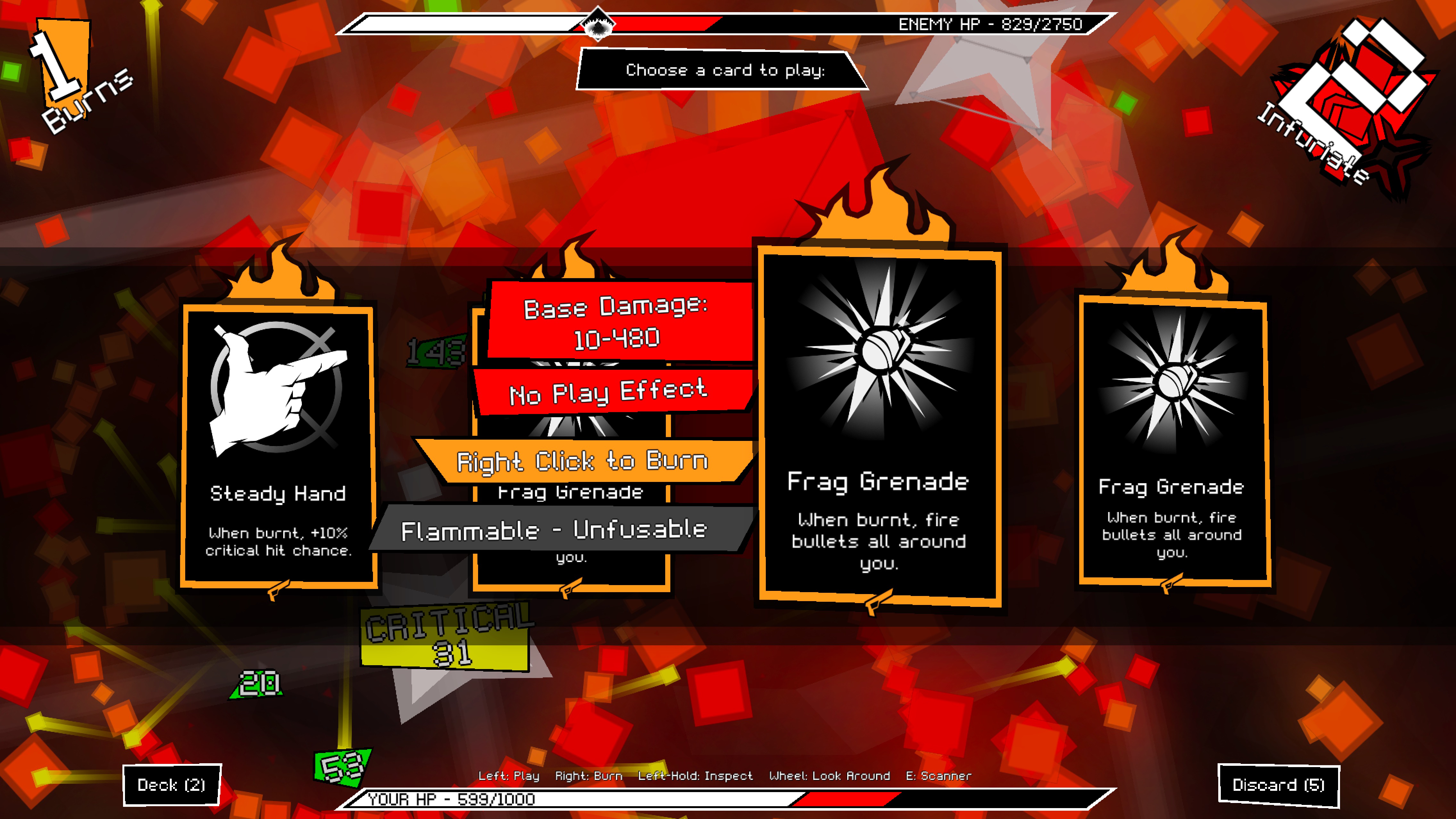 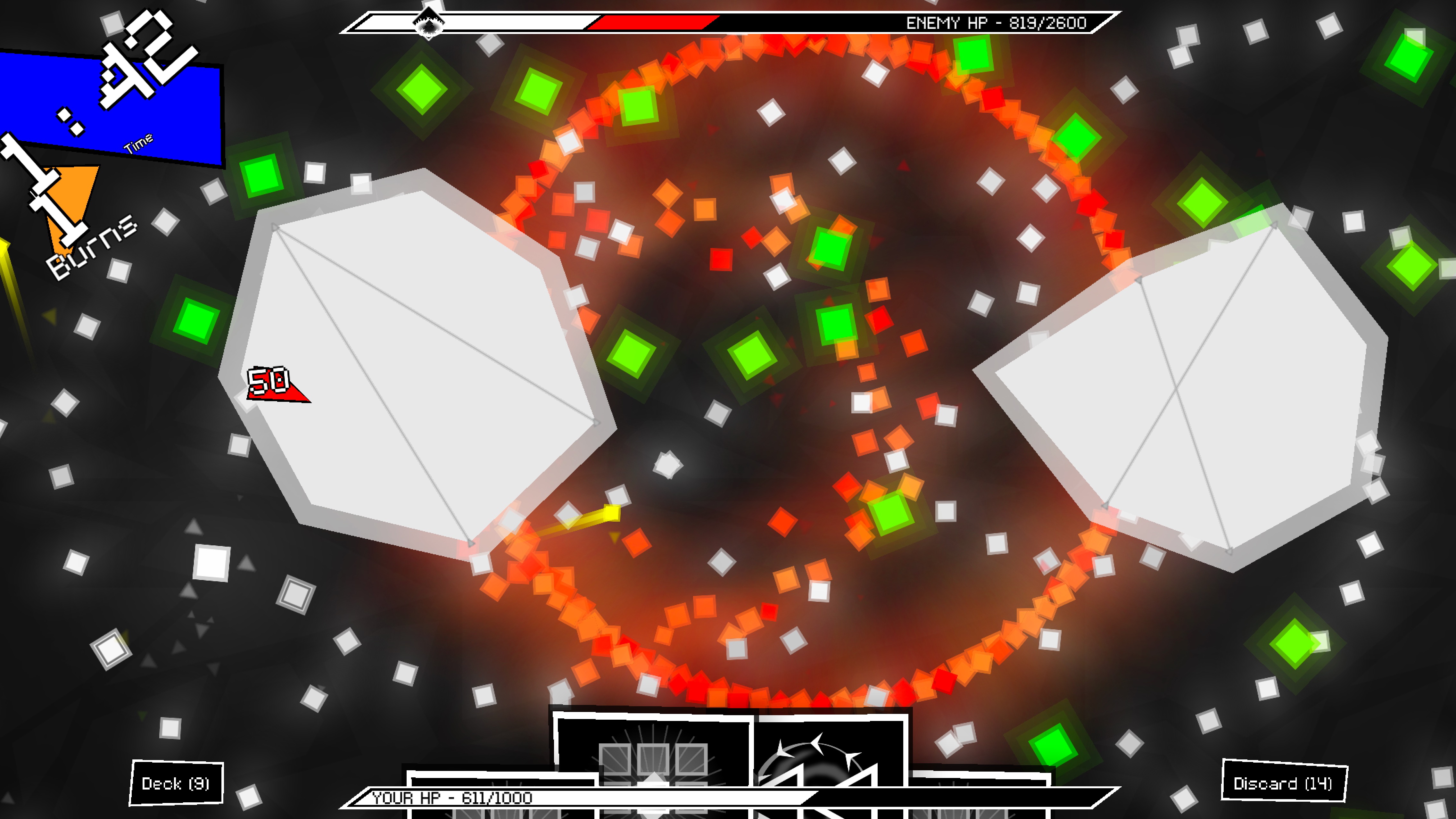 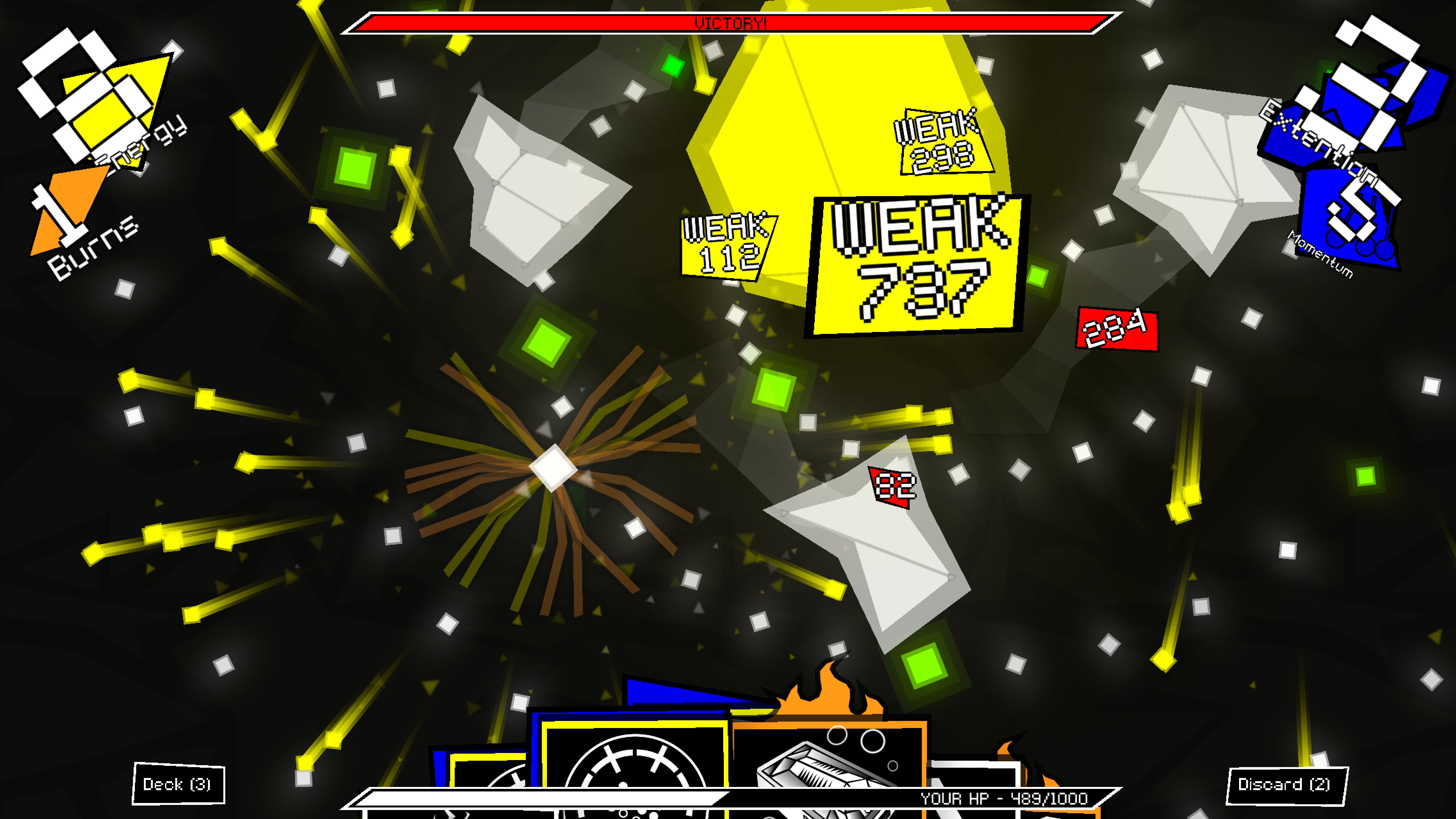 Decks of Dexterity is not finished! This demo provides a taste of the gameplay while the game is under development. Things like music and some art is missing. But I want to give people a chance to try the game! If you have fun, check out the official Decks of Dexterity discord for more about the game: https://discord.com/invite/5Nbgta5

Decks of Dexterity fuses bullet hell dodging with a turn based deck building card game. Each run you collect cards and treasures to add new abilities and increase your power during battle. Collecting power cells starts your turn. You can choose to play cards, burn them, or fuse them together to make your deck even more powerful. Enemies have turns where they fight back with cards of their own.

The game has permanent death. Each run you attempt to make it further and further into the Void. As you advance, enemies become more powerful and you gain access to more powerful cards.

Your goal is to fight against the corruption, a mysterious force that infects everything. It consumes something and leaves nothing but raw energy, spreading further across the Void.

You are a deckweilder, one of the few beings that can harness the power of the cards. Your deck holds all the abilities and skills that you can use in battle. Card abilities can take the form of guns, swords, magical powers, shields and more. With over 200 cards, treasures, and legendaries to collect, there are billions of ways to customize the way you fight.

Across the Void you'll meet dozens of characters. These range from talking ducks who judge you by the size of your deck, to dying robots in need of repair. With the help of Atlas, the cartographer of the Void, you can discover the source of the corruption and the ultimate end to everything within the Void.