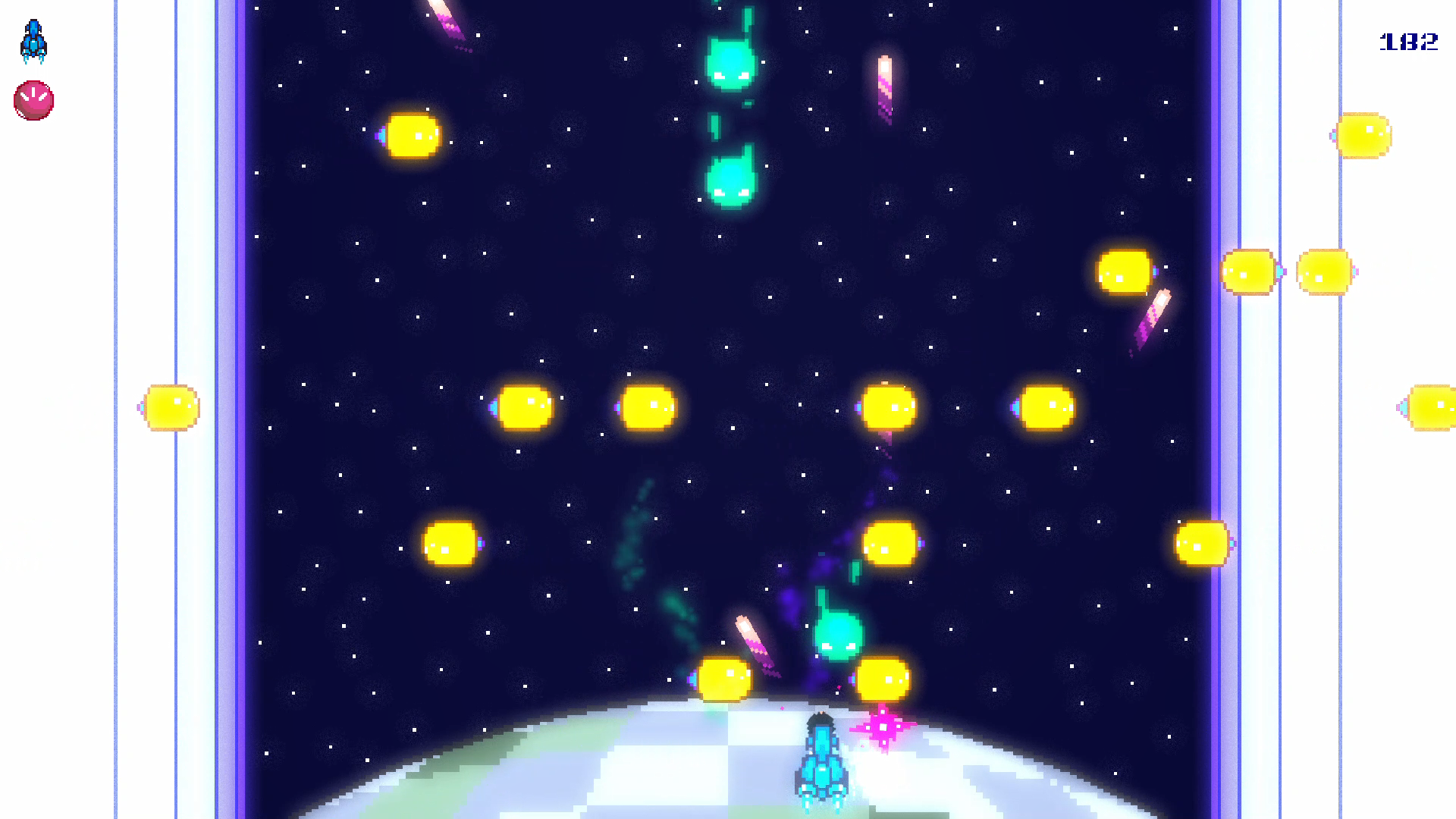 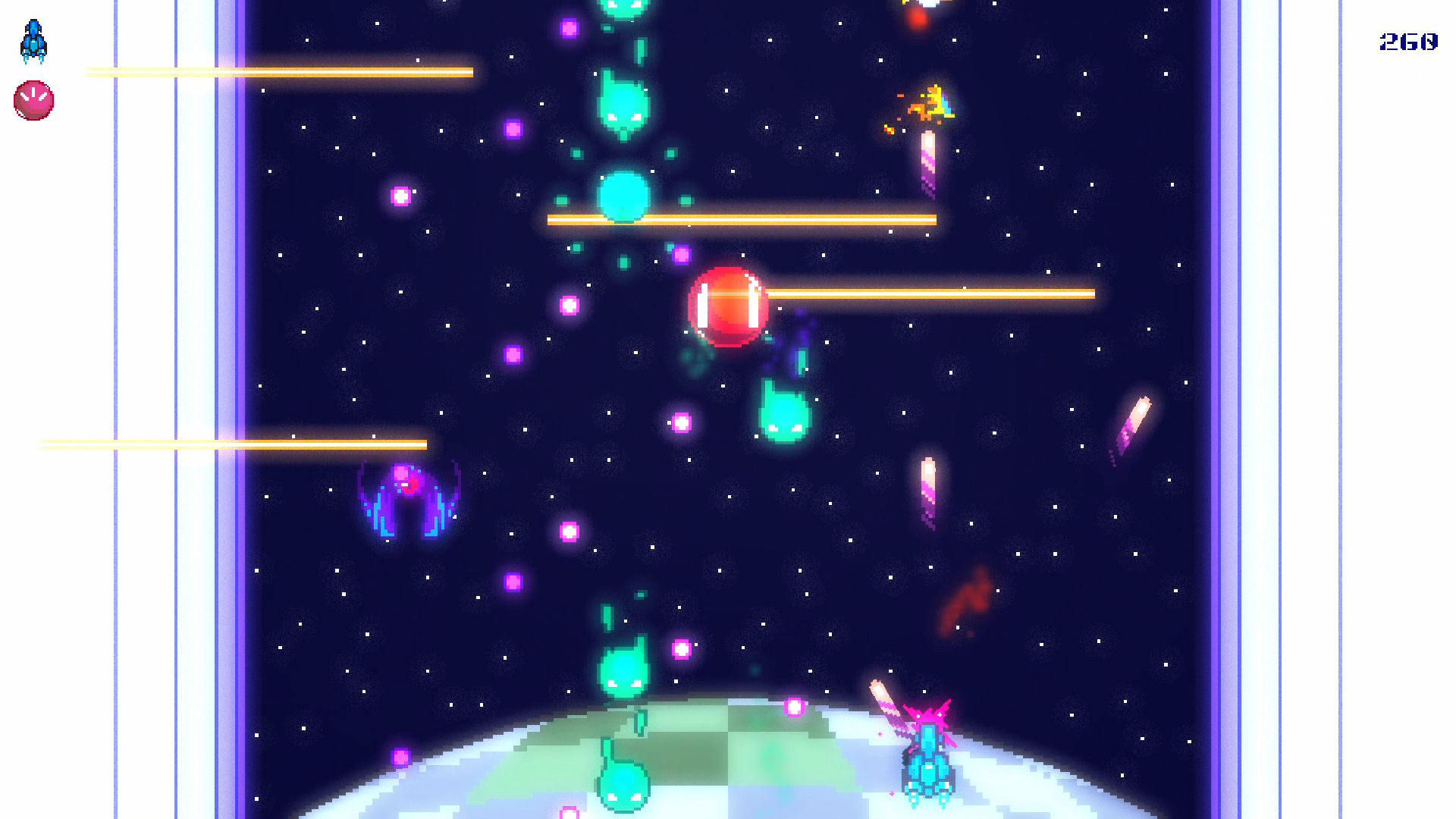 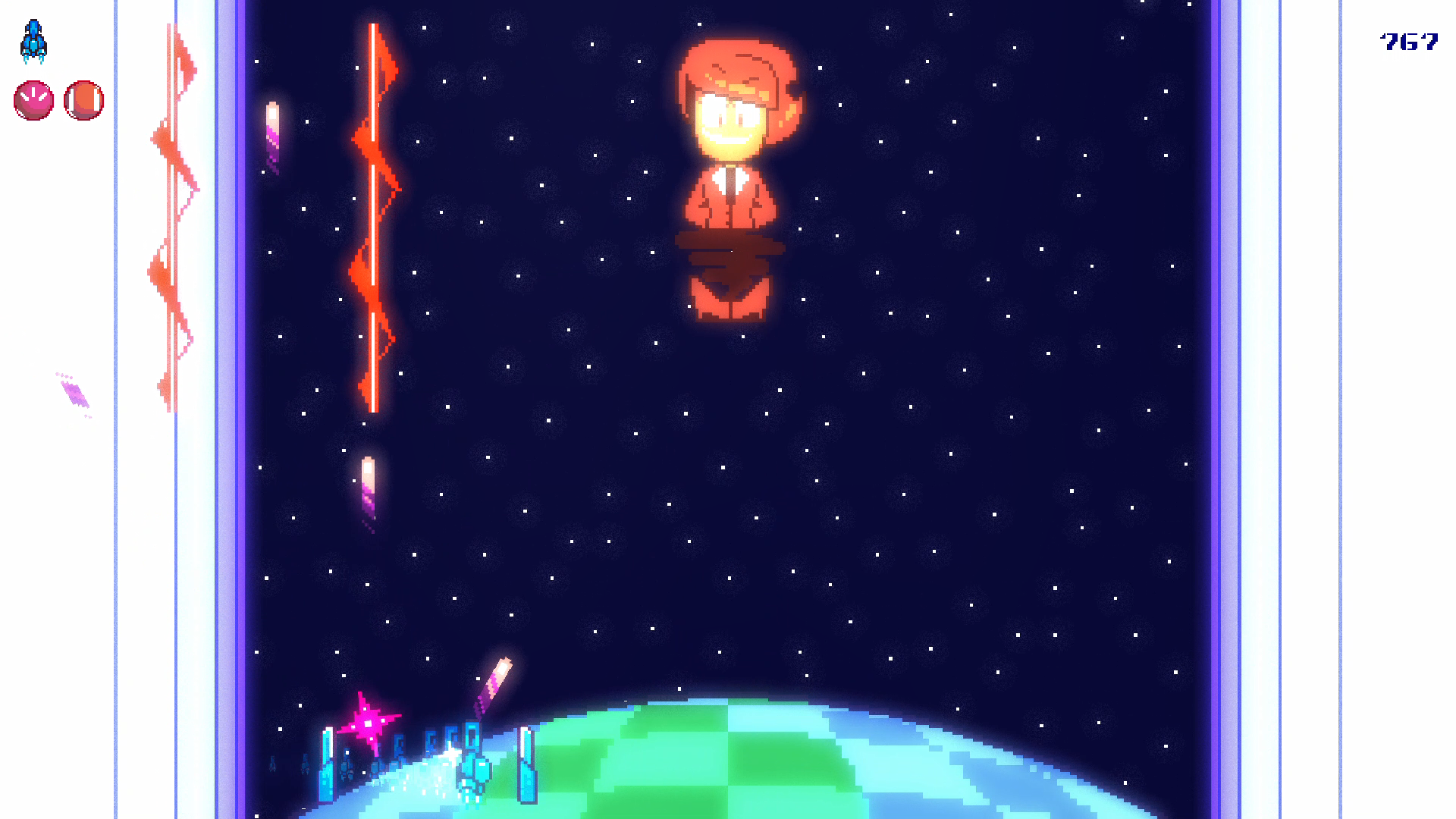 Originally made for the Amaze Me gamejam (called "Sonic Bloom" then), now ported to GXC!

The evil <<<Color Thieves>>> have traveled across the universe stealing planets' colors and leaving them monochrome and dead. And now they're coming for Earth! You are the only line of defense left. Can you stop the onslaught of thievery and destruction?

(((Neon Bloom))) is an arcade-style top-down shoot-em-up with a focus on hyper-stylized art/rendering and music-generated enemy spawning, with a kick-a$$ synth-wave soundtrack!

s to turn shader off, if your eyes or computer can't handle it.

escape to quit, r to restart

Made in GameMaker Studio 2

Made by Team Seguin: